Blog - Latest News
You are here: Home1 / What are the basic information about organic pigments

As suggested by the name, coloring agents are the material that can provide people the color they need. Color agents have their own specific colors, which includes a variety of colors such as white, black, as well as gray.

In the using process, pigments have particle form and crystal shape. These play important roles in the color and application properties of organic pigments. Dyes dont have requirements on this aspect.

For a long time, visual judgement is the basic color evaluation way, which relies on the well-trained and professional color judge personnel. But it is difficult to judge whose eyes can be the standard judge. Along with the development of color evaluation judgement, a more  scientific evaluation system is established. The use of color tester can make the color description qualitatively and quantitatively.

The definition of color cannot be easily described orally. For example, what color can be called red? No matter how many modifiers are added, it is still not so accurate. Such as magenta, brick red, poldo red. But if we can make a color sample or a color card, the color is defined more obviously.

In the actual application, people like to choose a standard pigment as per their demand. And then they will test the new sample against their standard sample in certain testing system. A sample color will be made from standard sample and new sample and the shade difference will be compared. The common color system used is CIE*LAB system, and the XYZ three-stimulus value system that can be interconverted. 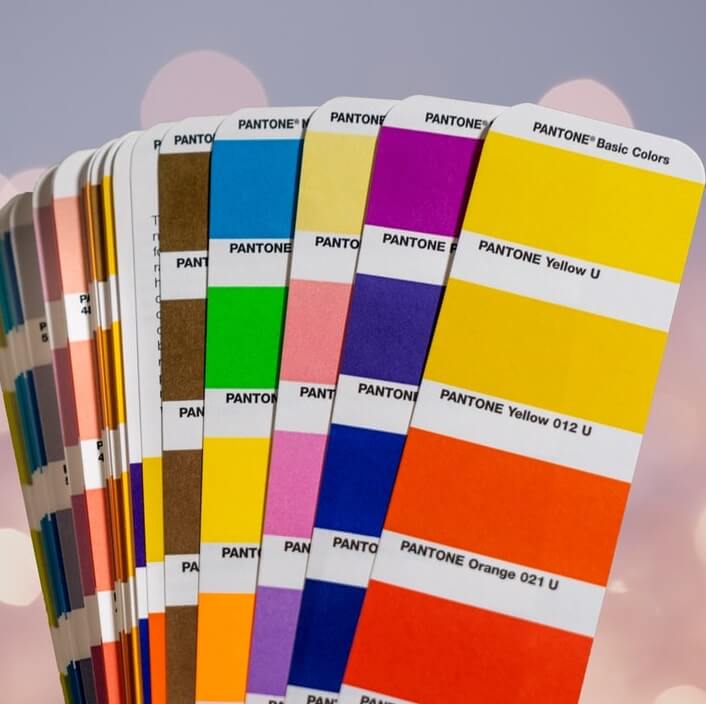 Relative coloring strength is the relative value obtained from comparing the light absorption coefficient between the sample and the standard pigment. The ratio of the number of sample pigments matched to the number of standard pigments when reaching the same color depth.Accurate matches are not always found, because there are inherent differences in color light between the two, which cannot be eliminated by quantity alone, and whose color differences can be formulated through the CIE*LAB system.

The color force of the pigment will have different results according to its application conditions, that is, different color exhibition methods, as well as different measurement methods, and evaluation methods.

It refers to the ability of pigment substrate to cover the color of the target layer. This is to define the covered area by paint colored with pigments, or it can refer to the the minimum thickness of the layer needed to cover the substrate.

According to the definition of pigment,it should not be soluble in the application. but the absolute insolubility is not possible.There is certain solubility as per different application or different processing conditions. So if the solvent in in the carrier reach certain amount, recrystallization, color penetrating, or overflow will happen. It is very important to prevent the dissolution of pigment.The factors that can control the solubility of pigments include solvent, the particle size, the chemical structure of the pigment, as well as the processing temperature.

This is a testing method to judge pigment resistance to some solvent: put the pigment powder into filter paper, put it into a tube with solvent. The weight of the solvent and pigment should be determined. After a set at room temperature for the hours, the solvent resistance of pigment can be judged from the stained situation of solvent. This method may not fully represent the actual application, but the result is similar. If the pigment is vert dissolved , it could be problem for organic pigments to use in the application containing this kind of solvent. Problems such as color penetrating,  fastness or flow will occur.

Some pigments or lake pigments contain free alkaline or acid groups, will form salt in alkali or acid and this will cause color change, etc.

Migration resistance efers to the occurrence of bleeding and frosting phenomenon.

The degree of migration is related to the particle distribution, chemical structure and content of the pigment.Migration is also related to all components of the material being colored, such as polymers, plasticizer, and stabilizers.

Effect on the pigment processing during application

Plate-out(ductility):During mixing or rolling, the pigment is deposited on the surface of the processing equipment or the system surface. Once the film is erased, it will not appear again.The reason is that the compatibility between lubricants, plasticizer, stabilizers and PVC is not good. And it is easy to migrate to the system surface, and bring out the pigment particles at the same time.  The method to avoid this is to reduce the pigment content or the processing temperature or adding hardener.）

Chalking(powder ization or pigment overflow): it mainly refers to the situation that the pigment carrier cannot completely wrap the pigment, and when it exceeds the critical volume concentration, the organic pigment will tun to the surface of the paint film. The reasons for chalking can be follows: high pigment content and less resin content; problem in the processing and pigments are not wrapped; large surface area; poor light and weather resistance of resin; poor light and weather resistance of pigments.

With the long time under UV and weathering time increasing, the pigment separated from the medium and the paint surface is damaged. The poor weather resistance of pigments or carrier materials promote pulverization.

The factors sensitive to light include the physical parameters (particle distribution, crystal type), the chemical structure of the pigment, and the properties of other components in the system.The xenon lamp is the standard test instrument for light resistance test.Pigment volume concentration,paint material, substrate, layer thickness, and other additive all have an influence on the test results.

Weather resistance: Light is not the only reason for the color change of the pigment. Other factors such as atmospheric water (or even the trace),industrial emissions, gas or climate changes also cause damage to the color of pigment. The test of weather resistance requires specific environments like temperature,light intensity, humidity, oxygen content, precipitation, air as well as the latitude and longitude and the proximity with the industrial zone. All these aspects will affect on the test result. Thus, industrial standards are formed in several countries.

The test will adopt accelerated aging instrument, which has similar condition with the outdoor environment. But for pigments with similar colors and different chemical structures, the exposure to xenon lamps or sunlight will vary due to the sensitivity of the pigments to the spectrum, especially in the UV region.

The temperature resistance in the plastic industry and in the coloring of fiber raw pulp requires 260-320℃. This is a fatal natural defect for organic pigment as most organic pigments have a temperature resistance between 100 and 200℃. The thermal stability of the pigment is depended systematically. It not only depends on the chemical composition of the substrate, but also dispersion degree, processing conditions and pigment content.

In the coloring system, the reasons for thermal discoloration are: heat decomposition of pigments, chemical reaction of pigments with the substrate, the change of physical properties of the pigments, such as particle size change and the crystalline transition.

The viscosity of a system is determined by the overall component, including the actions between different components, dispersion conditions, and selection of components. The dispersion condition is most important such as wetting of the substrate, the opening of the aggregate, , dispersion degree and surface relationship. The influencing factors of pigment are as follows: concentration, particle shape, specific surface area, and surface structure. 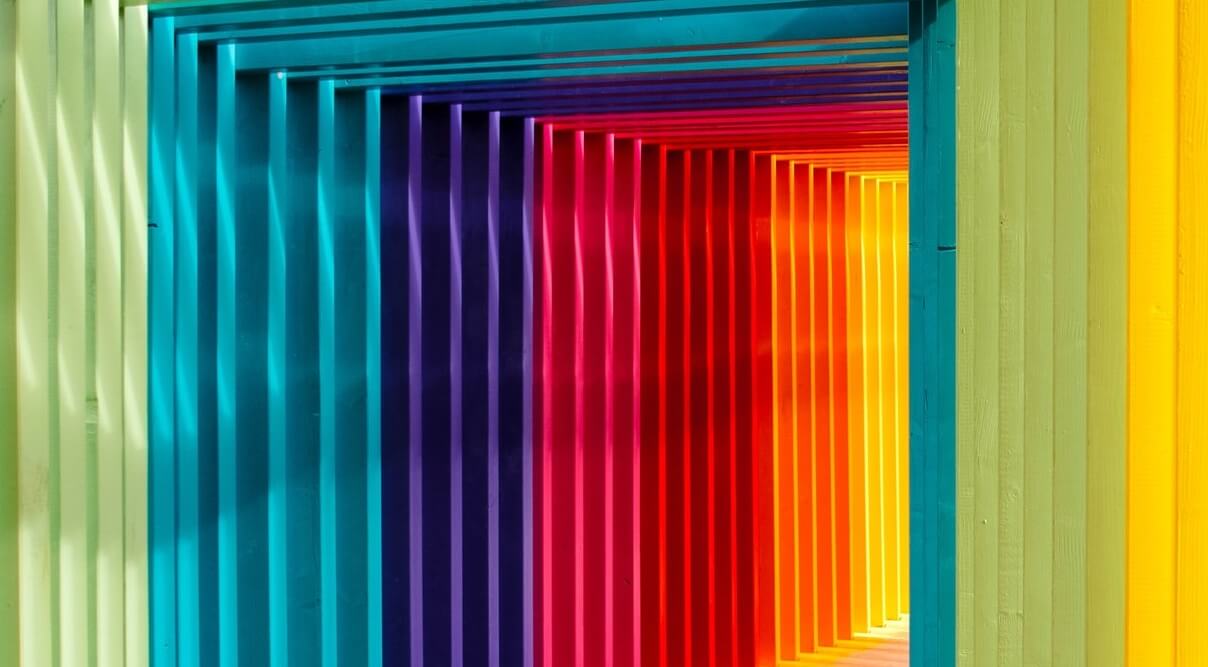 Particle distribution and the property of substrate

Color strength: within certain range, The smaller is the pigment particles, the higher is the coloring strength of organic pigments. But after reaching the translucent point, the color strength will not further increase.(In the transparent system, there are pigments not following this rule).

Dispersion: pigment particles with narrow distribution is easier to disperse than wide distribution. Pigment with large particle size is easy to disperse. But dispersion is a complex process, disperison is also related with other factors.

Fluidity: the bigger the particle size, the better the fluidity and the less the viscosity.

The dispersion of pigment powder is related with many factors:

Second are physical and chemical properties of chemical components, which include molecular weight, polarity,  viscosity and compatibility of different components.

Why are silicone agriculture adjuvants important in agrochemical?